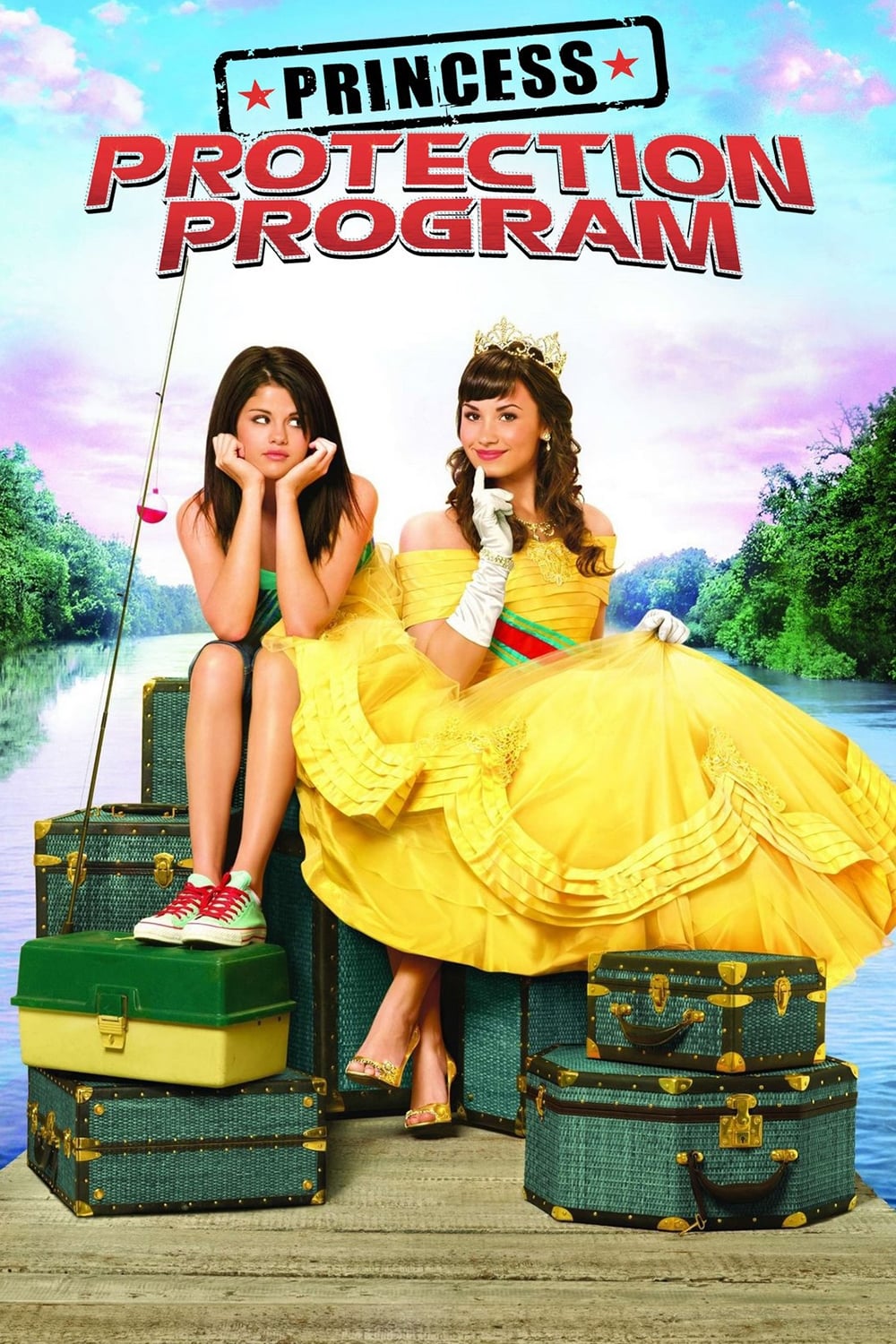 When an evil dictator threatens to take over the kingdom, Princess Rosalinda gets put into the Princess Protection Program. She is taken under the wing of General Joe Mason, an agent from the agency, and his daughter, Carter, who works after school at a nearby bait shop. Rosalinda goes undercover as a regular teen named, Rosie with the help of Carter. In turn, Rosalinda helps Carter overcome insecurities with herself and her crush on Donny who also likes her but can't tell or get shy.

High school senior Tara is so painfully shy that she dreads speaking to anyone in the hallways or getting called on in class. But in the privacy of her bedroom with her iPod in hand, she rocks out -- doing mock broadcasts for Miami's hottest FM radio station, which happens to be owned by her stepfather. When a slot opens up at The SLAM, Tara surprises herself by blossoming behind the mike into confident, "Radio Rebel" -- and to everyone's shock, she's a hit!

The Edge of Seventeen

Two high school girls are best friends until one dates the other's older brother, who is totally his sister's nemesis.

Three friends get together and bury a box making a pact to open it at midnight at their high school graduation. In the little town in Georgia that they live in, things soon change. One is little miss perfect, one is an engaged prom queen, and the other is a pregnant outcast. The night of graduation, they open the box and they strike up a conversation. All of a sudden, one brings up the topic of her going to Los Angeles for a record contract audition. They all decide to go together and they leave. With a little money, they set out on the road with a guy named Ben. When one of them tells the other a rumor that he might be a homicidal maniac they are all scared of him. When they reach LA, Lucy falls in love with Ben and against her father's wishes, she stays and she goes to the audition.

A socially awkward but very bright 15-year-old girl being raised by a single mom discovers that she is the princess of a small European country because of the recent death of her long-absent father, who, unknown to her, was the crown prince of Genovia. She must make a choice between continuing the life of a San Francisco teen or stepping up to the throne.

Leo Borlock is an average student at Mica High School. He gets decent grades, is a member of the school's marching band and has always been content flying under the radar. But all that changes when he meets Stargirl Caraway, a confident and colorful new student with a penchant for the ukulele, who stands out in a crowd. She is kind, finds magic in the mundane and touches the lives of others with the simplest of gestures. Her eccentricities and infectious personality charm Leo and the student body, and she quickly goes from being ignored and ridiculed to accepted and praised, then back again, sending Leo on a rollercoaster ride of emotions.

A reimagining of the classic horror tale about Carrie White, a shy girl outcast by her peers and sheltered by her deeply religious mother, who unleashes telekinetic terror on her small town after being pushed too far at her senior prom.

Sexual Chronicles of a French Family

When characters from the movie musical “Wet Side Story” get stuck in the real world, teens Brady and Mack must find a way to return them home.

A California high school student plans to escape from her family and small town by going to college in New York, much to the disapproval of wildly loving, deeply opinionated and strong-willed mother.

It's almost graduation day for high school seniors Troy, Gabriella, Sharpay, Chad, Ryan and Taylor ― and the thought of heading off in separate directions after leaving East High has these Wildcats thinking they need to do something they'll remember forever. Together with the rest of the Wildcats, they stage a spring musical reflecting their hopes and fears about the future and their unforgettable experiences growing up together. But with graduation approaching and college plans in question, what will become of the dreams, romances, and friendships of East High's senior Wildcats?

A teenager transitions from female to male, and his family must come to terms with that fact.

Troy, the popular captain of the basketball team, and Gabriella, the brainy and beautiful member of the academic club, break all the rules of East High society when they secretly audition for the leads in the school's musical. As they reach for the stars and follow their dreams, everyone learns about acceptance, teamwork, and being yourself.

Ramona is a little girl with a very big imagination and a nose for mischief. Her playful antics keep everyone in her loving family on their toes, including her older sister Beezus, who's just trying to survive her first year of high school. Through all the ups and downs of childhood, Ramona and Beezus learn that anything's possible when you believe in yourself and rely on each other.

Everyone deserves a great love story. But for seventeen-year old Simon Spier it's a little more complicated: he's yet to tell his family or friends he's gay and he doesn't know the identity of the anonymous classmate he's fallen for online.

An alliance of evil-doers, led by Frieda, looks to take over Fairy Tale Land. But when Ella realizes her stepmother is out to ruin her storybook existence, she takes a dramatic turn and blossoms into the leader of the resistance effort.

The King of Far Far Away has died and Shrek and Fiona are to become King & Queen. However, Shrek wants to return to his cozy swamp and live in peace and quiet, so when he finds out there is another heir to the throne, they set off to bring him back to rule the kingdom.

It ain't easy bein' green -- especially if you're a likable (albeit smelly) ogre named Shrek. On a mission to retrieve a gorgeous princess from the clutches of a fire-breathing dragon, Shrek teams up with an unlikely compatriot -- a wisecracking donkey.

Maggie Peyton, the new owner of Number 53 - the free-wheelin' Volkswagen bug with a mind of its own - puts the car through its paces on the road to becoming a NASCAR competitor.

After her widowed father dies, deaf teenager Dot moves in with her godparents, Olivia and Paul Deer. The Deers' daughter, Nina, is openly hostile to Dot, but that does not prevent her from telling her secrets to her silent stepsister, including the fact that she wants to kill her lecherous father.

Five disparate high school students meet in Saturday detention, and discover they have a lot more in common than they thought.